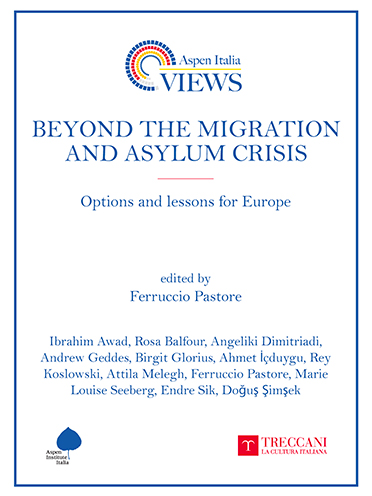 Beyond the migration and asylum crisis - Options and lesson for Europe

Migration and asylum policies have long been a peripheral and low-priority field in the wider domain of European politics. Since 2015, this has fundamentally changed. The dramatic shortcomings in the management of cross-Mediterranean “mixed migration” flows have triggered a politically devastating governance crisis. The reduction in arrivals brought about by the signature of a controversial deal between the EU and Turkey has temporarily assuaged the sense of emergency. But the structural weaknesses and political contradictions that caused the crisis remain unresolved. Europe’s Achilles’ heel is more exposed than ever: after the Brexit vote and Trump’s victory, migration issues are far from having exhausted their potential to generate political shocks. Future rounds of political elections in France, Germany and elsewhere might bring further evidence. (Autori vari)
Collana: Aspen Italia Views