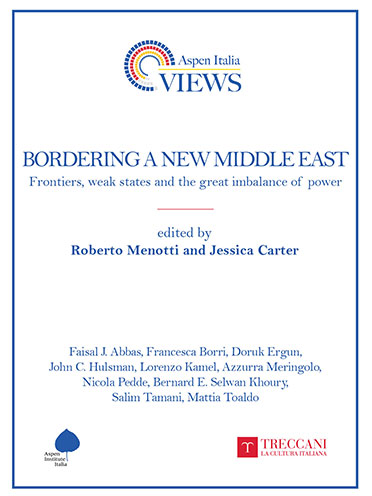 Borders are a fundamental yet tricky issue in international politics. Despite their seemingly static nature, shifting frontiers are at the heart of many historical changes, not just through war. The region of the Middle East and North Africa (MENA) is experiencing important transitions in several respects, some of which are traumatic. We may describe the overall state of play in the Middle East as a “great imbalance”, in the sense that power relationships are contested and far from clear; as a conseguence, the credibility of commitments and alliances, as well as the very resilience of state institutions, are repeatedly tested. Such a strategic outlook is especially conducive to violent conflict, given that stability is neither guaranteed by a well-understood balance of power (via deterrence, diplomacy backed by credible military commitments, etc.), or pursued through institutional arrangements (formal cooperative security treaties, international mediation, etc.). (Autori vari)
Collana: Aspen Italia Views